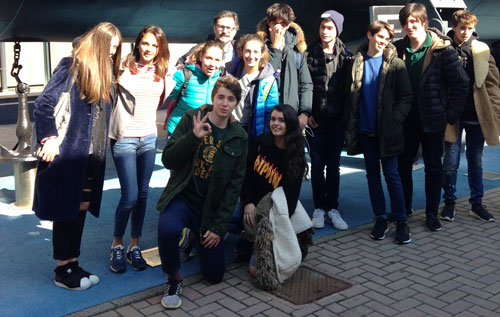 On 2nd March The IGCSE 1 Class visited The Museum of Science and Technology Leonardo Da Vinci in Milan with Miss Valeriani. The scope was a workshop on Biotechnology of Food. The Students understood the significance of biotechnology observing compost with the stereoscopic microscope, making cheese and evaluating yeast for more than two hours.
After lunch, we visited the exhibition of Transformers that travels around symbolizing technology going forward. Also the exterior of the Submarine Enrico Toti, the old train station and the vessels and planes room. There even there is a piece of the Vessel Conte Biancamano that transported Italian immigrants to South America.
Then we were able to see all the Models of Leonardo’s machines which started the Museum in 1953. Most enjoyable was the Extreme Physics exhibition. We played with an old Jukebox that delivered the year when particles had been discovered together with a piece of music from that time. Amazing the “mirror trick” that in reality is a computer screen where the images are decomposed. A profitable and nice experience. 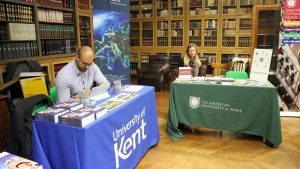 Just recently, in the school... END_OF_DOCUMENT_TOKEN_TO_BE_REPLACED